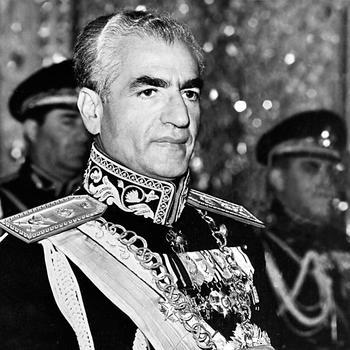 July 27, 2007 marks the 27th anniversary of the passing of my beloved brother Mohammad Reza Pahlavi, the late Shahanshah of Iran. He loved Iran. He strived for peace, progress, and prosperity. He abhorred violence, squalor, poverty, and disease. During his reign, Iran became a showcase of economic, social, and cultural development, a force for peace in the region, and a harbinger of a better future for all.

My brother believed Iranians were capable of achieving the best and contributing the most in a world that was peaceful, progressive, and fair. In 1978 he published Toward the Great Civilization, his vision of Iran of tomorrow.
In this Iran there would be no poverty, ignorance, illiteracy, corruption, exploitation, or discrimination. Public health services would secure for each Iranian optimal health. Education would lead to moral excellence and intellectual creativity. Social insurance would guarantee security from birth to death. Wages and income would provide adequate means to satisfy basic needs. Every individual would have suitable lodging and none would know hunger. All potential would have an opportunity to develop, all talent a chance to flourish, and all work would be protected by optimal human, social and economic rights, and performed in a spirit of cooperation and participation.

This Iran was not a distant future to him. He argued that if a reasonable curve of Iran’s pace and spread of development in the 1960s and 1970s was projected onto the future, Iranians would reach by 1990 the level of progress of Western Europe in 1978 and catch up with Europe by the end of the century. Then a highly humanitarian and democratic social order would come into being “with individual freedoms, social justice, economic democracy, decentralization, informed public participation in all affairs, and productive national culture as its general features.” This progressive Iran, he said, was hinged on education, culture, and true Islam, whose spirit and essence are the very opposite of the “malicious, demagogic and reactionary clerical abuses” that have victimized our nation over so many centuries. And it was destined, because Iranians had the requisite potential: “energy, humanity, a sense of justice and rights, a gift for science, literature and the arts, a universal outlook, and a deep-seated patriotism that protects Iranianness through thick and thin.”

My brother passed away just over a year after the Islamic revolution of February 1979. Since his passing, my country and my compatriots have been subjected to egregious violations of their human rights, social and economic deprivation, internal violence, international isolation, war, exile, destruction, terror, and death. The Islamic Republic kills with impunity and violates human rights with pride. It executes an underage girl for appearing “unchaste” and incarcerates in solitary confinement a sixty seven-year old grandmother for “threatening” the security of the regime. The years of the so-called reform, the Khatami interlude of 1997-2005, originally heralded as a prelude to democracy, proved a hoax, attested by the character and policies of Khatami’s successor, Ahmadinejad. The culture in which the Khatamis and Ahmadinejads are groomed, governed by a host of backward-looking and intellectually bankrupt clerics, is historically barren. It destroys well; it does not create... The difference between what Iran is today and what it could have been if my brother’s vision had been allowed to materialize signifies, first and foremost, the opportunity cost of the Islamic Republic for Iranians, but also for the region and the world. Consider the Middle East today and imagine what it could be had my brother’s policies continued and his vision prevailed.

The Great Civilization was a vision of Iran’s history unencumbered. Unfortunately, during the past twenty-seven years, ban’s history has been encumbered by war, international confrontation, and reactionary politics. On the other hand, during the past few years, history has forced the Islamist leaders to copy many of the programs Iran had embarked upon in the 1960s and 1970s. They now speak of a 20-year; perspective, privatization. economic development, science, and technology. This, of course, is a hoax. The ruling clerics’ peculiar Islamism is alien to the historical needs of the Iranian people. It repels every requirement of development and progress. The clerics’ effort, however, does underline a historical inevitability: my brother’s vision may have been interrupted, but his dream lives.

Iran will rise again to the demands of peace, humanity, and prosperity my brother sketched as soon as the Islamic Republic yields, as it must, to a progressive, humane, secular and democratic alternative. To hasten that day, Iranians and others who favor a democratic, peaceful, and prosperous Iran must reclaim the path on which they journeyed before they succumbed to the revolution. They must revisit what Iran was and where it was going to gain a better grasp of what it is and where it can and should go. This is how Iran’s path to its rightful future may be regained; this is what my brother would have advised.