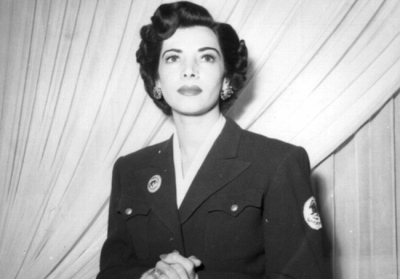 My late Sister Princess Shams Pahlavi was involved in numerous social and women activities. We see her above on the cover of a 1946 Tehran Magazine proudly wearing her scout uniform. She lent much needed hope, prestige and pride to Iranians whose homeland during World War II had been invaded by Russians and British forces. From "Khandaniha" 12 Aban 1326

Tweet
More in this category: « H.I.M. Reza Shah Pahlavi Lifting The Veil »
back to top