London Telegraph - "DEATH OF AN ALLY" 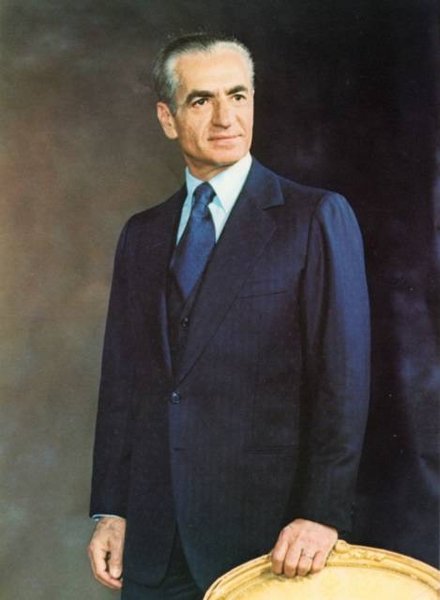 TIME, PLACE AND MANNER of the death of the man who so recently sat on the’ Peacock Throne of Iran all combine to bring a dramatic reminder both of the transience of human glory and of the sudden shift in the Middle East that has placed the Westin dire peril. They are also a grim warning, that,unless the West is prepared to stand by loyal, crucial but unfortunately authoritarian allies, it will fail in its supreme mission of saving itself and the world from totalitarian tyranny. The Shah died just when the horrible obscurantist regime that replaced him,after a thousand executions and innumerable other crimes, has called for terror revolutionary frenzy as the only remedy against the ruin and chaos it has itself created. That his death could come peace fully in a Cairo military hospital the Shah owed to the courage and humanity of President SADAT who,himself f threatened, exposed and vilified, did not shrink from the risks. The Shah was already a sick man when he went into exile. Death must have been hastened by his being shunted ever faster around the world by so-called friends like a human hot potato.

In the light of what has happened since the Shah’s overthrow there can surely be no doubt that the West, and especially America, should have had a better understanding of his needs, his weaknesses, his vulnerability—and his irreplaceable. Iran’s strategic position, history and oil wealth left no alternative to rapid modernisation, with all its problems. The Shah had the vision and many of the qualities, but he lacked an adequate administrative machine and, under pressure, the strength of character. A systematic world-wide Left-wing campaign against him, in which many influential liberals in America and Europe joined, contributed enormously, perhaps decisively, to his growing I internal political problems. Corruption and police brutality increased—although overall the regime was far less oppressive and far more constructive than those of most of its neighbors and critics.

The Shah responded extensively to American pressures for liberation, but unfortunately these were often exercised without a real understanding of the needs of the security situation. As Dr. KISSINGER said, concessions can only be made when the regime has the situation under control, not when they give the impression it is on the run. The Shah was also bewildered by conflicting advice from a variety of power centers in Washington, and often from the same men. Typical was the refusal to supply him with tear gas, leaving him the alternative of bullets or nothing for crowd control  * Will the elimination by death of the Iranian militant’s demand for the surrender of the Shah for trial do anything to end the dispute over the hostages and open the way for better relations with America? ‘Unfortunately, the tide seems to be set by Ayatollah Khomeini against, even the modest ingredient of sanity that President BANI-SADRE has been venturing to advocate. The militants are demanding the return of the fortunes of the Shah and his family, based on “figures, and. an abject “confession” and apology from America with regard to its supposed criminal interference in Iran over past decades.

The West has lost enough face already through its inept and pusillanimous behavior towards the Shah. The treatment of the Shah of Iran wa a terrible example of the damage that can ‘be done by self-righteously seeing the motes, no doubt sizeable, in a friendly authoritarian's eye while not bothering about the beams in that of a hostile totalitarian. Those who wish to enjoy such self-indulgence must be prepared to make the necessary effort to build up their own defenses and, together with like-minded hand-picked allies, make the sacrifices and accept the risks of defending their interests wherever they are threatened.